What Cancers Are Linked To Roundup Exposure? 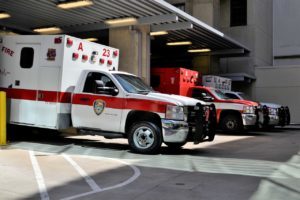 Furthermore, glyphosate could be an endocrine disruptor, according to research on the subject. The chemical has also been linked to birth defects, liver disease, kidney disease, and reproductive problems. Glyphosate may destroy helpful gut bacteria and damage DNA.

A variety of research groups have studied glyphosate's carcinogenic properties. In 2015, the International Agency for Research on Cancer (IARC) published its findings on the topic, stating that glyphosate is “probably carcinogenic to humans.”

Later, another study, Exposure to Glyphosate-Based Herbicides and Risk for Non-Hodgkin Lymphoma: A Meta-Analysis and Supporting Evidence, explored the NHL-glyphosate connection. As a review of six earlier studies on the topic, the 2016 research focused its attention on individuals who had experienced high exposure to glyphosate. The researchers found that this “high impact” group demonstrated a 41 percent higher risk of NHL than individuals with lesser or no exposure to the herbicide.

Roundup has enjoyed a center-stage position among agricultural workers since 1974. The powerful herbicide's popularity grew around the world and also gained traction for home and commercial use.

A wide and varied population of Roundup users exist today. Some have experienced greater exposure to the weed killer and its glyphosate ingredient than others, but all suffer an increased risk of NHL and other cancers.

Workers who stand at most significant risk of Roundup exposure, include:

Roundup Users Who Developed Cancer Are Suing Monsanto for Negligence

People who developed cancer are lining up to hold Roundup manufacturer Roundup accountable for their actions.

Their legal claims are founded on the fact that Monsanto's multi-tiered acts of negligence directly caused their cancer. Specifically, plaintiffs are presenting the following arguments in their lawsuits against Monsanto:

Tosi & Rose is a mass-tort law firm that is currently accepting cases wherein people who have used Roundup have been diagnosed with NHL or another cancer. Call us today at 888-311-8292 for a free, no-obligation consultation.